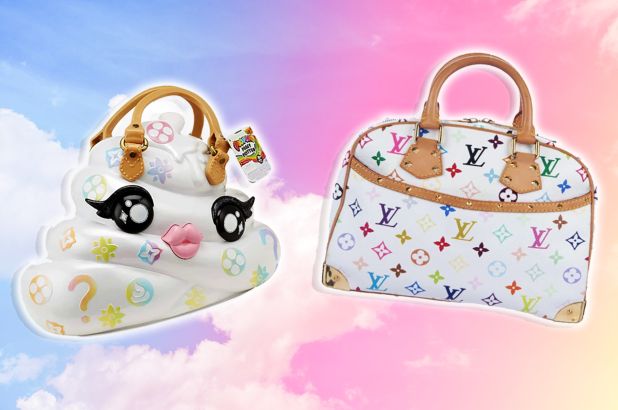 By Valentina Mazza and Alessandra Tozzi

Is it lawful to commercialize clothing items that represent a parody of well-known fashion trademarks or does it amount to a trademark infringement?

Parody has always been a controversial topic in fashion but the question has become even more relevant in the last few years in consideration of the great number of new brands that have built their success on the parody of well-known fashion trademarks. While some brands have been embracing this new ironic trend, others took it more seriously and brought the case into court.

The topic has recently been in spotlight after a decision of the Italian Supreme Court that overturned the consolidated case law on the relationship between parody and trademarks (Cass. Pen., Sez II, n. 35166/2019).

At the EU level, Regulation 2017/1001 states at Article 9 that “the proprietor of a EU trademark is entitled to prevent all third parties not having his consent from using (…) any sign” where exists a likelihood of confusion on the part of the public “in relation to goods or services which are identical with or similar to the goods for which the EU trade mark is registered“. The same provision can be found at Article 20 of the Italian Industrial Property Code. Importantly, Recital 27 of Directive 2015/2436 affirms that “use of a trade mark by third parties for the purpose of artistic expression should be considered as being fair as long as it is at the same time in accordance with honest practices in industrial and commercial matters“.

The case brought before the Italian Supreme Court refers to the alleged counterfeiting of a series of fashion trademarks by an Italian clothing brand that used parodistic versions of those trademarks on its t-shirts. The Court held that trademark infringement occurs when the alleged fake product is likely to be confused with the original products and to mislead consumers with respect to their origin.

In the case at issue, the Court found that the items presented evident elements of novelty and therefore could be deemed more as a reinterpretation than an imitation of the original brands, recognizing that the purpose of such reinterpretation was artistic and descriptive rather than imitative and thus excluding any risk of confusion.

The same approach has been followed in a previous decision, where the Supreme Court focused on the Constitutional provisions behind the right of parody, considered as a form of artistic expression. In fact, it stressed that these artistic interpretations are protected by the Italian Constitution under Article 21 in relation to freedom of expression and under Article 33 in relation to artistic freedom (Cass. Pen., Sez. II, n. 9347/2019).

As already mentioned, these two decisions overturned the precedent case-law, which was more reluctant to exclude trademark infringement in case of parodistic versions of well-known brands.

For example, in two cases concerning the ironic use of certain fashion iconic trademarks of Chanel and Louis Vuitton on t-shirts produced and marketed by a third company, the court of Milan held that the use of a third party’s trademark would be justified only where it is implemented as an artistic work, but the parody defence would not apply in cases where a well-known trademark is used in someone else’s goods as a decorative element. Further, the court of Milan stated that since the products were created and sold by fashion brands, the purpose behind the ironic creations was mainly commercial and only indirectly artistic.

Therefore, the products involved were found to cause a risk of confusion and association between the “inspired” and the original products among consumers. In addition, given the reputation of the imitated brands, the court held that such unauthorized use of the Louis Vuitton and Chanel trademarks also amounted to an undue advantage for the infringer and to the dilution of the well-known brands (see Trib. Milano, R.G. 53747/2012 and Trib. Milano, R.G. 59550/2012).

Overall, the line between parody or artistic creations inspired by existing trademarks and actual imitation is fine and Italian courts have generally been standing on the fashion brand’s side. The most recent cases of the Supreme Court focused only on the risk of confusion but seemed to ignore the possible dilution of the reputation of the imitated trademark, which is indeed the reason why they are chosen as the subject of parody. We will thus see if the recent decisions of the Supreme Court have set a new trend considering parody an exception from trademark infringement. What is more fun: parody or fashion?

If you want to know more about this topic or fashion law in general, please contact valentina.mazza@dlapiper.com and alessandra.tozzi@dlapiper.com.