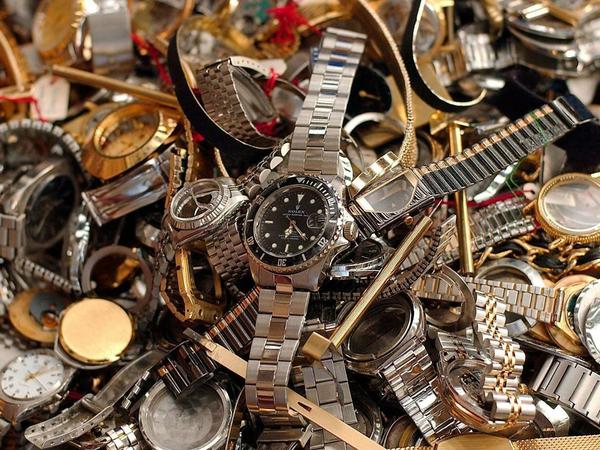 After the public consultation launched last January, on 7 December 2018, the European Commission (EC) published the first Counterfeit and Piracy Watch List, which provides examples of reported marketplaces or service providers located outside the EU and engaged in counterfeiting and piracy.

Such Watch List was highly expected by right holders and represents the last measure adopted by the EC against infringers, after the Overview of the functioning of the Memorandum of Understanding on the sale of counterfeit goods via the internet (MoU) in 2016 and the Guidelines for online platforms to tackle illegal content in 2017.

No doubt that the insiders’ attention was all on e-commerce platforms! Among them, the Watch List included Bukalapak, EVO Company Group (Tiu.ru, Prom.ua, Bigl.ua, Deal.by, and Satu.kz), Lazada, Snapdeal, Naver.com, Xxjcy.com and China-telecommunications.com. Interestingly, Alibaba platforms (Aliexpress, Tmall, Taobao and 1688), Amazon and eBay were not included despite recognizing that they offer a “significant volume of allegedly counterfeit goods”.

The EC explain their exclusion on the grounds that Alibaba, Amazon and eBay are open to cooperate, provide proactive measures to remove counterfeit goods and are signatories of the MoU.

The MoU is a voluntary agreement signed by five Internet platforms (three of them are Alibaba, Amazon, and eBay), eight right holders and six associations, with the aim to “establish a code of practice in the fight against the sale of counterfeit goods over the internet”. A new MoU is expected in 2019, dealing with advertising on IP infringing websites, payment services providers and the transport and shipping industries.

The Guidelines, instead, provide suggestions on how to detect, remove and prevent infringing contents, such as the suspension of accounts of repeated infringers, “public” mechanisms that do not require the creation of an account to report illegal content, a certification scheme and audit of trusted companies, specialized in identifying illegal content (e.g. online brand protection services).

The EC’s measures together prove that, when it comes to counterfeiting and piracy, the trend is to extend liability from e-commerce owners to all other entities enabling the sale of counterfeited goods online, such as providers of online payment services. This is especially true after that, with the enforcement of the General Data Protection Regulation (“GDPR“) (EU) 2016/679 on 25 May 2018, the ability to trace the origin of fake websites has been restricted.

This has recently been confirmed also by Italian case-law in an interim proceedings involving the well-known brand Rolex, which sued the two owners of an online platform of e-commerce selling counterfeit watches, as well as the hosting provider Aruba for trademark infringement and unfair competition.

In fact, in addition to the injunction against the two foreign companies selling the counterfeited products, the court of Milan ordered Aruba to disable access to the websites through which the watches were offered − by changing the access keys and transferring to the actual owner of the trademarks the codes of the corresponding domain names (Court of Milan, 13 June 2017).

It shall be noted that in this case the Court of Milan adopted an even stricter approach, since Aruba was found liable despite ordering the websites’ owners to stop the infringement and informing the judicial authority upon receipt of a warning letter by Rolex. In addition, access to the websites had already been disabled.

This is because for the purpose of an interim injunction against an online marketplace, it is not necessary to ascertain its awareness of the illegal activity, being sufficient the sale of counterfeit products through its channels. It will then be for the judge of the proceedings on the merit to establish whether he played a neutral or an active role in the sale of the counterfeit goods by third parties for the purpose of damages.

The current scenario is made even more favorable for right holders based on the procedural tool of dynamic injunctions (i.e. injunctions that cover, to a certain extent, future infringements, especially in case there is a significant risk of reiteration of the infringing conduct). These kind of injunctions have been granted by Italian Courts, against telecommunication companies to disable access to infringing websites, as far as such websites were changing part of their domain names over time (s.c. alias domain names) and there was a continuation of the same infringing conduct over time.

Against this background, we expect that following decisions will increasingly held online marketplaces liable in the online sale of counterfeit products and the Counterfeit and Piracy Watch List, the new Copyright Directive possibly amending the liability of ISPs will certainly play a pivotal role in this process.

If you would like to know more about this topic, and fashion law in general, please contact elena.varese@dlapiper.com and valentina.mazza@dlapiper.com