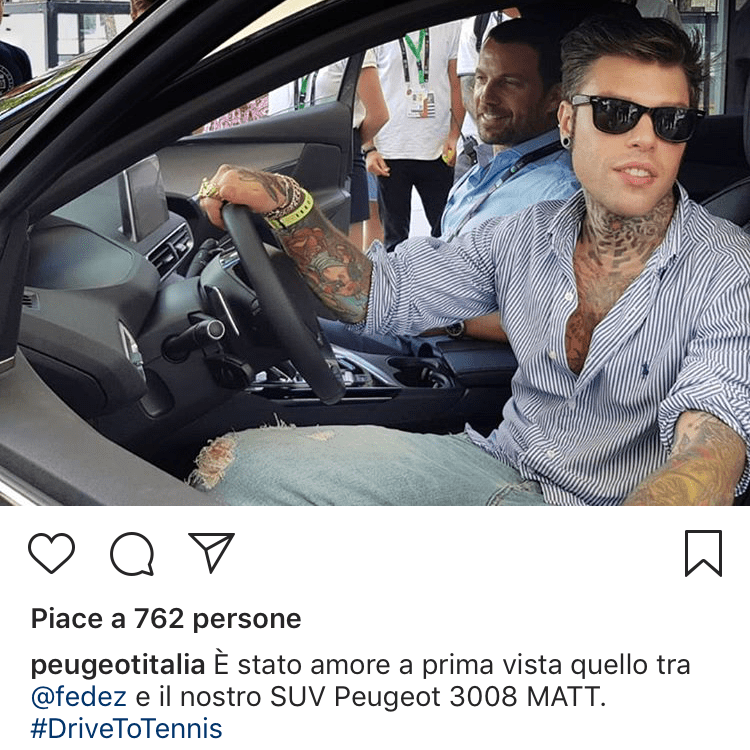 On 26 June 2018, the Italian Advertising Authority (IAP) took a step further on online advertising and issued one of its first decisions based on the Digital Chart and art. 7 of the Advertising Self-Regulatory Code (the “Code”). The case was about some Instagram Stories and a picture published by the Italian singer Fedez on the occasion of the International Tennis Cup displaying some cars and emphasizing some of their functions, like the massage in the seats.

In particular, Newtopia S.r.l. (“Newtopia”), the agency representing Fedez, opposed the injunction of IAP’s Comity of Control, finding that the posts and Instagram stories did not make evident their promotional nature on several grounds. First, it observed that Newtopia was not a IAP member and was thus not subject to its jurisdiction.

However, the authority clarified that, for the purposes of IAP’s jurisdiction, it is sufficient that the brand sponsored in the posts has accepted − directly or indirectly, by means of an association − the Code, regardless of the circumstance that it was the endorser to publish the post. Therefore, since the car brand was a IAP member and it had entered into a sponsorship agreement with Fedez, there was a “material connection” between the parties,sufficient to establish IAP’s jurisdiction.

Secondly, Newtopia claimed that after 24 hours from their posting, the stories were no longer available on the Instagram profile in question and the decision was thus ungrounded. On this point, IAP noted that the purpose of its decision is not only to stop misleading and hidden advertising, but also to prevent similar conducts in the future, by giving guidelines to be followed by all the operators in the field of online advertising. In addition, the new technologies allow to save the Instagram Stories and they could thus be potentially reposted.

Thirdly, Newtopia argued that in any event the stories posted by Fedez were not aimed at advertising the products pursuant to the sponsorship agreement, but just at sharing some moments of his participation to the International Tennis Cup with his followers. In fact, the parties had entered into a sponsorship agreement, which bound the artist to participate at the International Tennis Cup, of which the car brand was official sponsor, and to promote the new car models on his social media channels. In addition, IAP pointed out that, for the purposes of its decision, it was not relevant the subjective intent of the person publishing the post, but how the communication was perceived by the public, i.e. whether consumers are likely to understand that the posts are the result of a sponsorship agreement between the artist and the brand.

According to IAP, expressions like “they are showing me all the new models and I will now share them with you one by one…” and “you come to the International Tennis Cup, you get into the exposition car, you put the massage on, and you are good” have a laudatory tone and cannot be considered not to promote the products. However, the promotional purpose of the posts in question was not made clear to the public. In fact, pursuant to art. 7 of the Code, “should it not be clearly evident from the context, the promotional purpose of the comment or opinion that a celebrity/influencer/blogger has expressed must be disclosed to the user in an appropriate manner”.

The decision took thus the chance to highlight the peculiarities of online advertising and made reference to the best practices provided in the Digital Chart, which gives some guidelines to comply with art. 7 of the Code. Pursuant to such guidelines, in order to make the promotional nature of content posted on social media recognizable, celebrities/influencers/bloggers must, at the top of their post, state in a clearly distinguishable manner the words: “Pubblicità/Advertising”, or “Promosso da … brand/Promoted by…brand” or “Sponsorizzato da…brand/Sponsored by…brand” or “in collaborazione con …brand” or “in partnership with the …brand”; and/or within the first three hashtags use one of the following terms: “#Pubblicità/#Advertising”, or “#Sponsorizzato da … brand/#Sponsored by the … brand” or “#ad” with “#brand”. Since none of these was present in the posts published by Fedez, the IAP found that their promotional nature was not recognizable by the public.

The car brand defended arguing that the sponsorship agreement entered into by the parties was terminated and that, in any event, Fedez was bound to anticipate the posts for its approval before publishing them. As this did not happen, it did not have any control of the contents posted by the influencer. However, the authority held that the sponsored brand had a vicarious liability for the content posted by Fedez and could thus not be held harmless. Further, the IAP noted that the influencer tagged the car brand in his stories and the latter posted a picture of the artist inside its new SUV 3800. Therefore, the brand not only was aware of the content posted by the artist and was well in the position to control it, but also actively took part in the sponsorship by reposting the picture on its profile.

Is this the beginning of a new era in the digital communication? We will see if similar decisions will follow, but we expect IAP to keep the attention high on this topic.

If you would like to know more about this decision, management of influencers or advertising in general, please contact elena.varese@dlapiper.com and valentina.mazza@dlapiper.com.