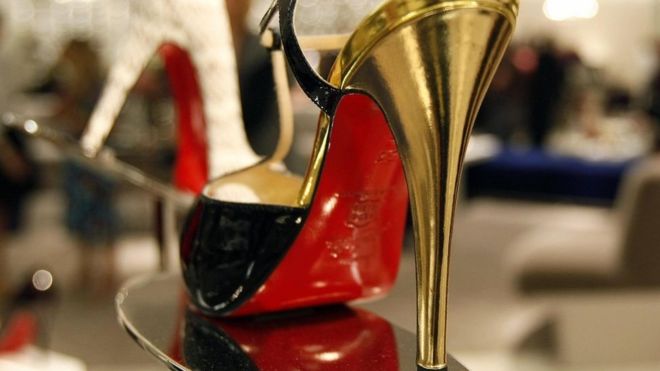 Big news in the fashion system! On 12 June 2018, the Court of Justice of the European Union (CJEU) finally decided on the long debated case over Christian Louboutin’s red sole trademark. After a partial win in the United States (Christian Louboutin S.A. v. Yves Saint Laurent Am. Holding, Inc., 2d Cir. 2013), where protection has been limited to non-monochrome red shoes, a loss in Switzerland (Christian Louboutin vs IGE, Decision of the Swiss Supreme Court (Bundesgericht), 7 February 2017), where the trademark has been held invalid for lack of distinctive character, and a win in France (SAS Kesslord Paris vs. Christian Louboutin, Cour d’Appel de Paris, 15 May 2018), the French designer won a key case in its long-running battle to protect its signature red soles from copycats.

The case started in 2013, when Louboutin initiated proceedings before the Rechtbank Den Haag (District Court, The Hague, Netherlands), claiming that the sale of high-heeled women’s shoes with red soles by the shoe outlets retailer Van Haren infringed his registered trademark. Van Haren counter-claimed that Louboutin’s red coloured surface was a two-dimensional figurative trademark which consisted solely of a shape which gave a substantial value to the goods and was thus invalid.

In a non-binding opinion last February the Attorney General said that the colour red could not be considered apart from the shape of the sole and advised that Louboutin’s trademark could be declared invalid under the absolute ground for refusal. Although such opinion was expected to be highly influential on the CJEU’s decision, the Court, instead, departed from it, giving a different interpretation to the word “shape”.

According to the CJEU, the shape is “a set of lines or contours that outline the product concerned”. Thus, the Court noted that Louboutin’s trademark registration expressly stated that the representation of the shape of the shoe was only to show the positioning of the red colour. It held: “While it is true that the shape of the product or of a part of the product plays a role in creating an outline for the colour, it cannot, however, be held that a sign consists of that shape in the case where the registration of the mark did not seek to protect that shape but sought solely to protect the application of a colour to a specific part of that product“. In reaching this conclusion, an important role was probably played by the fact Louboutin’s trademark registration expressly excluded the contour of the shoe from the trademark, such that it could hardly be classified as consisting exclusively of the “shape” of a product.

Therefore, the Court concluded that the red colour per se, without an outline, does not consist “exclusively” of a shape and thus falls outside of the absolute ground for protection within the former Trade Mark Directive.

Quite surprisingly, the CJEU missed instead the chance to address the issue of “substantial value”, i.e. whether the value added to the trademark to fall within the ground for refusal has to be inherent in the trademark, as argued by the Attorney General’s second opinion, or can come from a market value, such as the reputation of Louboutin’s red soles.

Although the decision of the CJEU could be seen as a change in direction in connection with colour trademarks, the case may have a more limited impact than it first appears. In fact, rather than addressing the question of whether the red sole applied on high-heel woman shoes was distinctive and would be perceived as a trademark by consumers, the decision focused on whether the mark fell within a specific exclusion for shape marks.

In addition, it shall be noted that the question before the Court referred to the language of the former Trade Mark Directive whereas the new EU Directive 2015/2436 amended that language to prohibit signs consisting exclusively of “the shape, or another characteristic, which gives substantial value to the goods”. Whether colour trademarks such as Louboutin’s red sole could be denied registration under the absolute ground for refusal as “another characteristic” is yet to be seen.

If you would like to know more about this decision, or fashion law in general, please contact elena.varese@dlapiper.com and valentina.mazza@dlapiper.com.