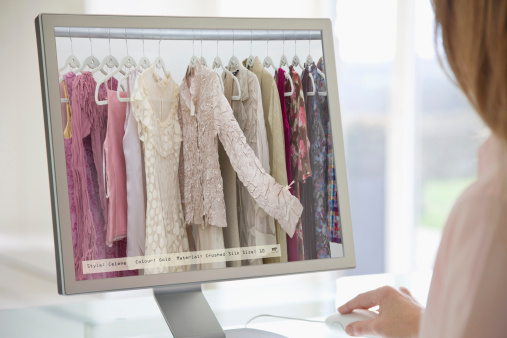 As known, the producers which are active in the fashion sector widely rely upon the internet channel for selling their products. It is well known, as well, that the way by which the online sales system is implemented could collide with the antitrust principles. In this context, geo-blocking raises interesting issues which deserve to be deeply scrutinized.

Geo-blocking is the very common and actual practice of restricting access to internet content based upon the user’s geographical location through the use of geo-location techniques, such as, for example, the check of user’s IP address. The most common form of geo-blocking in the e-commerce sector consists of automatically redirect consumers to the website of the country of origin.

In other words, a consumer trying to purchase a product from a Member state will be able to purchase only through the website of that country to which the consumer it-self is redirected.

It is not a case that in 2015 the European Commission has launched an antitrust competition inquiry into the e-commerce sector in the European Union. The inquiry is aimed at identifying possible competition concerns affecting European e-commerce markets. In particular, Commission focused on some statistical data confirming that, albeit the 50% of European citizens have purchased online throughout the 2014 only 15% of them did it cross-boarders.

As foreseeable, the effects of this practice, may turn out to be highly detrimental and distortive for competition for different reasons:

Firstly, because the EU market is intended to be conducive to increased competition, increased specialization and allowing goods and factors of production to move freely throughout the European territory. More pragmatically, the existence of the basic principle of the free movement of goods means that undertakings offering their product online shall not impede consumers from purchasing items in Countries different from the one of origin.

Secondly, Geo-blocking, or rather the redirection of the website, is a perfect means to enforce price discrimination so long as the European market is still not able to appear as a uniform entity. One of the main consequences of this lack is the variation of prices for sure: the same fashion product has a different cost depending on the Country where it is sold.

That is why, today the redirection of the website is considered an unlawful practice.

The European Commission has recently issued an Inception Impact Assessment for a possible legislative initiative which could involve geo-blocking (the title of initiative is Proposals to address unjustified geo-blocking and other discrimination base on consumers’ place of residence or nationality).

As pointed out by the European Commission, “currently companies may apply geo-blocking or other forms of discrimination based on residence for a variety of reason. Some of these justifications are unconvincing, or lack any objective criteria, which could explain discrimination between service recipients” but “only ‘objective criteria’ allow for different treatment of customers“.

Consequently – recognizing that there is no “shared understanding” on what objective criteria means – the Inception Impact Assessment proposes a list of “possible justification” for the discrimination at issue.

The deep analysis of these categories of justification fall outside the purpose of the present short article, which only intends to light a candle on the geo-blocking, pointing out the increasing interest of the European Commission for this topic.

Of course, it will be interesting to follow the possible next steps of the European Institutions aimed at providing a specific discipline for geo-blocking, which would likely take into consideration both producers’ interests and consumers’ rights.

Happy to discuss! Contact us at massimo.d’andrea@dlapiper.com or fabrizio.rapicano@dlapiper.com and keep following the fashionable lawyers!