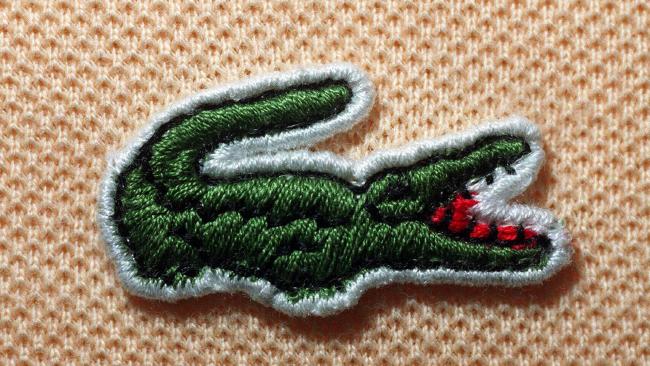 Stylized animals have been used by fashion houses on their clothing items for decades, enjoying enduring success. Device trademarks including animals have become quite iconic, like the Abercrombie’s moose, Harmont&Blaine’s dachshund or Ralph Lauren’s horse (with riding polo player). Among the most famous logos including stylized animals, there is certainly the crocodile of Lacoste, which has been used for almost ninety years and was created by Mr. René Lacoste, nicknamed “the Crocodile” by fans because of his tenacity on the tennis court.

The abovementioned trademark has been largely imitated and was object of several rulings, the most recent of which is the decision of 30 September 2015 of the General Court, which held that a device Community trademark application No. 5686845 filed by Mocek and Wenta for the products and services of classes 18, 20, 22, 25 and 36 infringed inter alia Lacoste’s earlier Community trademark No. 2979581, registered in respect of goods and services falling within classes 18, 20, 24 and 25.

The trademarks are shown below:

By such judgment, the Court upheld the refusal to register the sign of Mocek and Wenta only for leather goods, clothing and footwear belonging to classes 18 and 25, but it dismissed the remainder of the appeal, holding that there was no likelihood of confusion in respect of the goods and services in classes 20, 22 and 36 (i.e. furniture, ropes and financial affairs), given that those goods and services were not similar to the goods in classes 18 and 25 for which the enhanced distinctiveness and reputation of Lacoste’s trademark had been established. In addition, it was not proven that the applicant would take unfair advantage of the mark applied for or that the use of the applied mark would be detrimental to the distinctive character or the repute of the earlier mark in respect of the goods in classes 18 and 25.

From a visual perspective, the Court observed that in the contested trademark the reptile is represented in a stylised manner in a sleeping position with the torso made up of the letters of the word ‘kajman’, while in Lacoste’s trademark there is a rather realistic representation of a crocodile in an aggressive position standing on its feet. Despite these differences, in the Cour’ts view the general public will recognise and retain a memory of the imperfect representation of a reptile of the order of crocodilians, presented in profile with a curved tail. Also, the verbal element ‘kajman’ is incorporated in the image of a crocodile, so that it is possible that a consumer will not perceive it separately, but as an integral part of the figurative aspect of the mark. Finally, the fact that the applicant claims a colour for the mark applied for, while the earlier mark is registered in black and white, could diminish the visual similarity between the signs at issue, but does not eliminate it completely.

From an aural perspective, the decision held that a figurative mark lacking word elements cannot, by definition, be pronounced, but only described orally. In any event, such a description would necessarily coincides with either the visual perception or the conceptual perception of the mark in question.

As to conceptual similarity, since the marks at issue are perceived as representing an animal of the order of crocodilians, they have an analogous semantic content and are thus to be considered conceptually similar.

The decision seems to grant prevalence to conceptual similarity between trademarks in the assessment of the likelihood of confusion. However, it confirms the strict approach of the Court in assessing the requirements for applying Article 8(5) of Regulation No 207/2009. Just for the records, Lacoste has attacked in many jurisdictions other figurative marks including crocodilians as well as marks including the word “crocodile” in different languages. For further information on other fashion cases involving animal logos, please contact Elena Varese (elena.varese@dlapiper.com).