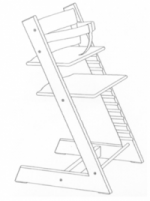 When looking for a registered protection for 3D shapes of goods or their packaging, companies may consider both trademark and design registration. Industrial design protection is usually time-limited, whilst trademark protection potentially can continue indefinitely, as long as the applicable legal requirements are met. The latter is therefore more favorable. But this is not the only difference. To be protected as an industrial design, the 3D shape must be new and have individual character, whilst to be protected as a trademark, it must be new and distinctive.

Furthermore, to prevent trade mark protection from granting its proprietor a time-unlimited monopoly on technical solutions or functional characteristics of a product (which a user is likely to seek in the products of competitors), EU trademark legislations exclude from trademark protection some 3D shapes. Namely, Article 3(1)(e) of trademarks Directive 89/104/EEC (substantially unchanged in the current trade mark Directive 2008/95/EC) provides that

‘The following shall not be registered or if registered shall be liable to be declared invalid:

(e)      signs which consist exclusively of:

–        the shape which results from the nature of the goods themselves, or

–        the shape of goods which is necessary to obtain a technical result, or

The interpretation of the article above has been the subject of a recent and long awaited ruling by the Court of Justice of the European Union (CJEU) in a proceeding related to the renowned “Tripp Trapp”, an ingenious childrens’ chair manufactured and sold by Stokke.

In 1998, Stokke applied to register as a Benelux trade mark a 3D trade mark resembling the “Tripp Trapp” children’s chair. The trade mark was registered for ‘chairs, especially high chairs for children’ and was represented by the shape depicted below.

After a successful proceeding in Germany against Hauck, a company which distributed and sold two children’s chairs named ‘Alpha’ and ‘Beta’, Stokke brought a separate action in the Netherlands claiming that Hauck’s manufacturing and marketing of the ‘Alpha’ and ‘Beta’ chairs infringed the copyrights arising from the ‘Tripp Trapp’ chair and its registration as a Benelux trade mark, and sought compensation for that infringement. In its defence, Hauck brought a counterclaim seeking a declaration that the Benelux trade mark Tripp Trapp filed by Stokke was invalid.

In the first instance proceeding, the District Court of The Hague fully upheld Stokke claims, but also the counterclaim seeking a declaration that the Benelux trade mark was invalid. This decision was then confirmed by in the second instance proceeding. Hauck then brought an appeal in cassation against the judgment of the Court of Appeal, and Stokke lodged a cross-appeal. The Dutch Supreme Court rejected Hauck’s appeal, but considered that the cross-appeal on the issue of registrability of the trade mark called for the interpretation of Article 3(1)(e) of the directive, referred the question to the Court of Justice of European Union (CJEU).

This is the first time for the CJEU on the interpretation of Article 3(1)(e) of trademarks directive and therefore this decision has been long awaited.

As regards the refusal to register as a trademark a shape which results from the nature of the goods themselves (first indent of Article 3(1)(e) of the trade marks directive), the Court held that such ground for refusal pursues the same objective as those set out in the second and third indents of that provision, i.e. to prevent the exclusive and permanent right which a trade mark confers from serving to extend indefinitely the life of other rights which the EU legislature has sought to make subject to limited periods (i.e. design). Accordingly, the first indent must be interpreted in a way that is consistent with the this aim. “Consequently – said the Court – in order to apply the first indent of Article 3(1)(e) of the trade marks directive correctly, it is necessary to identify the essential characteristics — that is, the most important elements — of the sign concerned on a case-by-case basis, that assessment being based either on the overall impression produced by the sign or on an examination of each the components of that sign in turn“. In that regard, the ground for refusal of registration set out in the first indent of Article 3(1)(e) of the trade marks directive cannot be applicable where the trade mark application relates to a shape of goods in which another element, such as a decorative or imaginative element, which is not inherent to the generic function of the goods, plays an important or essential role. Instead, shapes with essential characteristics which are inherent to the generic function or functions of such goods must, in principle, be denied registration.

The Court therefore concluded on this point that “the first indent of Article 3(1)(e) of the trade marks directive must be interpreted as meaning that the ground for refusal of registration set out in that provision may apply to a sign which consists exclusively of the shape of a product with one or more essential characteristics which are inherent to the generic function or functions of that product and which consumers may be looking for in the products of competitors“.

The Court also held that the refusal to register as a trademark a shape which gives substantial value to the goods (as set out by third indent of Article 3(1)(e) of the trade marks directive) could apply when, in addition to its aesthetic function, the product concerned also performs other essential functions. Indeed – said the Court – “the concept of a ‘shape which gives substantial value to the goods’ cannot be limited purely to the shape of products having only artistic or ornamental value, as there is otherwise a risk that products which have essential functional characteristics as well as a significant aesthetic element will not be covered. In that case, the right conferred by the trade mark on its proprietor would grant that proprietor a monopoly on the essential characteristics of such products, which would not allow the objective of that ground for refusal to be fully realised“.

Therefore, the third indent of Article 3(1)(e) of the trade marks directive must be interpreted as meaning that the ground for refusal of registration set out in that provision may apply to a sign which consists exclusively of the shape of a product with several characteristics each of which may give that product substantial value. The target public’s perception of the shape of that product is only one of the assessment criteria which may be used to determine whether that ground for refusal is applicable.

The Court finally held that the grounds for refusal of registration set out in the first and third indents of that provision may not be applied in combination.

Now it is the referring Dutch Supreme Court turn to apply the principles above to the Stokke case. It is not an easy job, because there are still some shadows on the practical application of the principles set out by the CJEU. We will see what will be the end of this story…

If you want to discuss this issue, feel free to contact me sara.balice@dlapiper.com